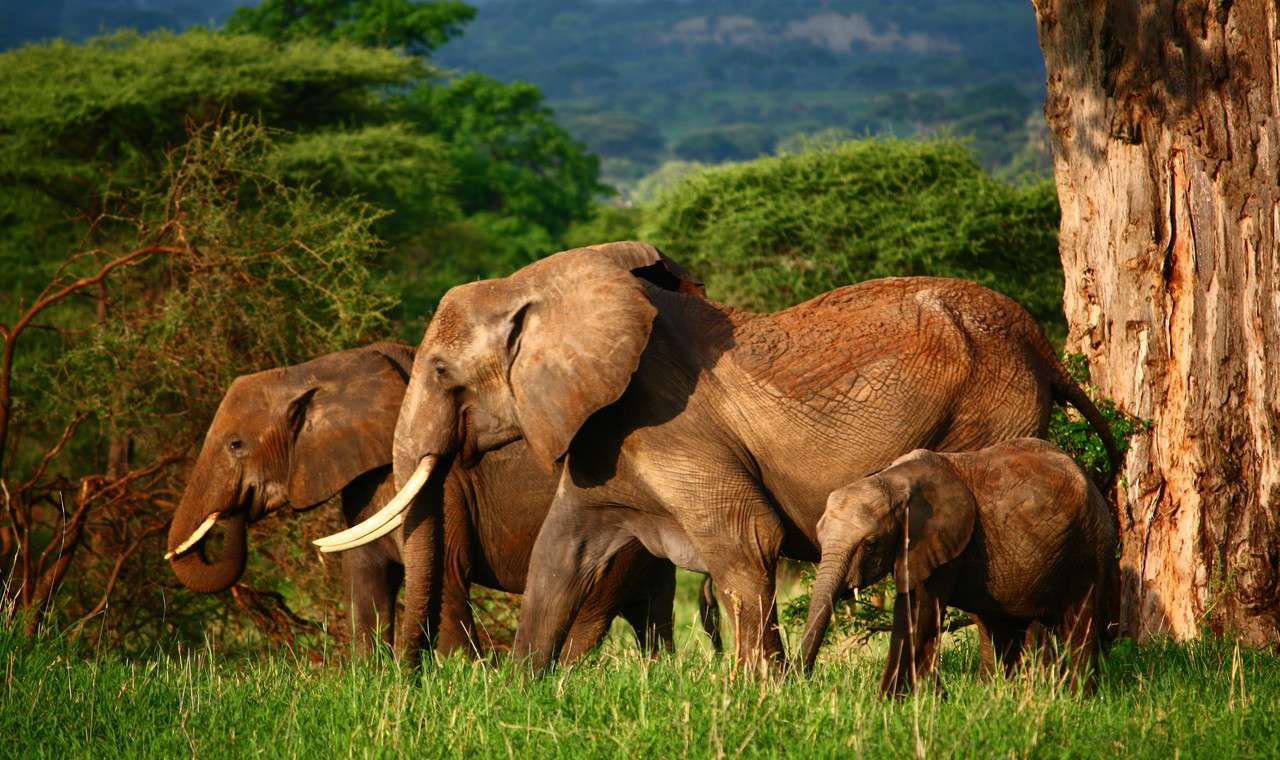 <
>
Day 1: Arusha - Tarangire National Park
After breakfast you will be greeted at your accommodation by your guide who will brief you about the Safari also familiarize you with our vehicles and will cover safety tips that must be followed whilst in the National Park. We will then depart for your first day of safari and make or way to the picturesque TARANGIRE NATIONAL PARK for an adventure packed day of game driving.  This park is dominated by the perennial Tarangire River and is characteristically known for its giant baobab tress that stretch and wind their branches into the blue sky. The most spectacular feature of Tarangire is its large elephant population. In fact, it has the largest population of any park in northern Tanzania. These gentle giants abound in excess of 3,000. Tarangire is currently experiencing and elephant baby boom and you will notice a lot of juniors and babies as members of the herd.  Also expect to see zebra, eland, mongoose, giraffe, bushbuck, hartebeest, dik dik, impala, warthog, and reedbuck. Primates you may encounter are olive baboon, velvet monkey and bush baby. Many carnivores are abundant throughout the park such as lion, leopard, cheetah, hyena and jackal.
Dinner and overnight stay as per standard and type of accommodation option requested

Day 2: Mto wa Mbu - Lake Manyara
After breakfast you are met by our professional tour guide/driver, who will deliver a short safari info briefing, after which we travel for 5 minutes to the Great Rift Valley LAKE MANYARA NATIONAL PARK. The Lake Manyara National Park is one of Tanzania's most dramatically located African wildlife areas, consisting of a massive but shallow soda lake (covering two-thirds of the park) at the foot of the Great Rift Valley's western escarpment. The park's varied habitat attracts a wide variety of animals, including one of Africa's densely populated African elephants herds, Lake Manyara's famous tree-climbing lions, as well as large flocks of flamingos, attracted by the algae in the lake. We will enjoy a picnic lunch inside the park and do two exciting morning and afternoon game drives, in search of the tree-climbing lions. Late afternoon we depart for Arusha to end your African adventure. Dinner and overnight stay as per standard and type of accommodation option requested
Included in this package
​Please Note: Most dietary requirement can be catered for. Please inform us of any specific dietary requirements and these will be communicated to the Chef who will prepare your meals during Safari.

Not included in this package